Emerging from the ocean depths appears a group of islands whose landscape is without question one of the most desolate on the planet; parched and tortured trees, arid and burned land, volcanic craters and vast expanses of lava, colonies of birds, reptiles and mammals. This unprecedented setting is one of the few places on Earth where there is still the possibility of engaging in direct dialogue with nature.

Pirates, privateers, whalers, and later scientists and flamboyant settlers, along with a small penal population, were the only men who had ever set foot on the land of the tiny archipelago. Today the privileged ones are the tourists and we can admire the curiosities of this remote world thanks to the fame that Charles Darwin gave it.

Discover with us the Galapagos Islands, one of the greatest treasures and Natural Heritage of Humanity.

At Endemcia Tours we are specialists in organizing custom nature and adventure tours!

How many days do you want to travel?

We present you the best Island Hopping itinerary options distributed according to the number of travel days.

If you have already contracted flights to the islands and have defined the entry and exit airports to the archipelago, do not worry if it does not coincide with the one described in the itineraries, we take care of it, just let us know.

Select an image based on the days you have for your trip. 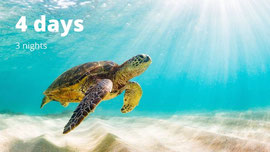 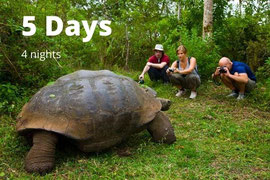 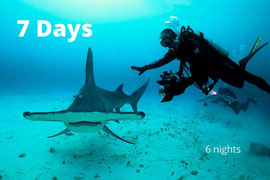 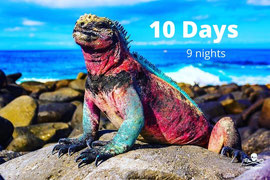